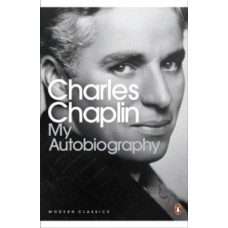 Suspicions were often given credence despite inconclusive or questionable evidence, & the level of threat posed by a person’s real or supposed leftist associations or beliefs were sometimes exaggerated. Many people suffered loss of employment or destruction of their careers; some were imprisoned. Most of these punishments came about through trial verdicts that were later overturned.

From a childhood of grinding poverty in the south London slums, Chaplin found an escape in his early debut on the music hall stage, followed by his lucky break in America, the founding of United Artists with D.W. Griffith and Douglas Fairbanks, the struggle to maintain artistic control over his work, the string of failed marriages, and his eventual exile from Hollywood after personal scandals and persecution for his left-wing politics during the McCarthy Era. Available in store and online.