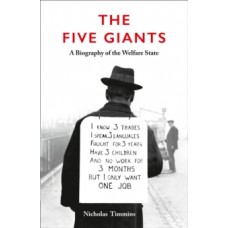 Once elected, Labour’s Minister for Health, Nye Bevan, was tasked with leading its creation. Bevan’s background as a Welsh miner and staunch trade unionist fuelled his passion to make the NHS a reality.

These were the Five Giants that loomed over the post-war reconstruction of Britain. The battle against them was fought by five gargantuan programmes that made up the core of the Welfare State: social security, health, education, housing and a policy of full employment. This book brilliantly captures the high hopes of the period in which the Welfare State was created and the cranky zeal of its inventor, William Beveridge, telling the story of how his vision inspired an entire country.