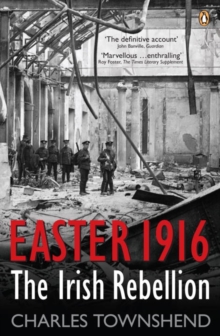 Before Easter 1916 Dublin had been a city much like any other British city, comparable to Bristol or Liverpool and part of a complex, deep-rooted British world. Many of Dublin’s inhabitants wanted to weaken or terminate London’s rule but there remained a vast and conflicting range of visions of that future: far more immediate was the unfolding disaster of the First World War that had put ‘home rule’ issues on ice for the duration.