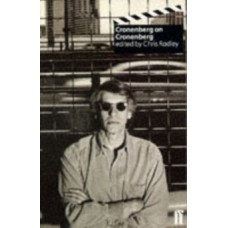 With films such as The Brood and Videodrome, David Cronenberg established himself as Canada’s most provocative director. With subsequent movies such as The Dead Zone, The Fly, Dead Ringers and Naked Lunch, Cronenberg demonstrated his ability not only to touch painful nerves but also to invest his own developing genre with seriousness, philosophical dimension and a rare emotional intensity. Cronenberg on Cronenberg charts his development from maker of inexpensive ‘exploitation’ cinema to internationally renowned director of million-dollar movies, and reveals the concerns and obsessions which continue to dominate his increasingly rich and complex work. This edition, with an additional chapter, follows Cronenberg’s work up to the creation of Crash.