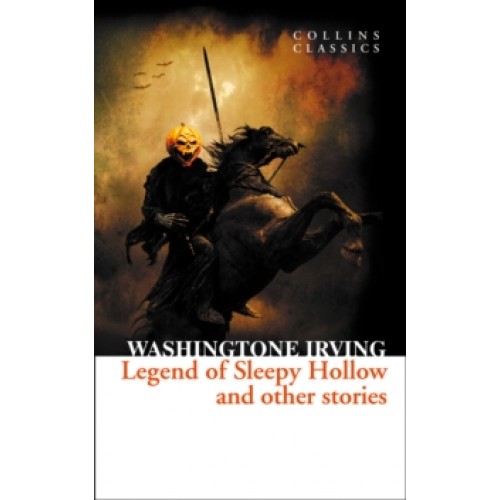 The most infamous spectre in the Hollow is the Headless Horseman, said to be the ghost of a Hessian trooper that had his head shot off by a stray cannonball during “some nameless battle” of the American Revolutionary War, and who “rides forth to the scene of battle in nightly quest of his head”.

The “Legend” relates the tale of Ichabod Crane, a lean, lanky and extremely superstitious schoolmaster from Connecticut, who competes with Abraham “Brom Bones” Van Brunt, the town rowdy, for the hand of 18-year-old Katrina Van Tassel, the daughter and sole child of a wealthy farmer, Baltus Van Tassel. Ichabod Crane, a Yankee and an outsider, sees marriage to Katrina as a means of procuring Van Tassel’s extravagant wealth. Bones, the local hero, vies with Ichabod for Katrina’s hand, playing a series of pranks on the jittery schoolmaster, and the fate of Sleepy Hollow’s fortune weighs in the balance for some time. The tension among the three is soon brought to a head. On a placid autumn night, the ambitious Crane attends a harvest party at the Van Tassels’ homestead. He dances, partakes in the feast, and listens to ghostly legends told by Brom and the locals, but his true aim is to propose to Katrina after the guests leave. His intentions, however, are ill-fated.