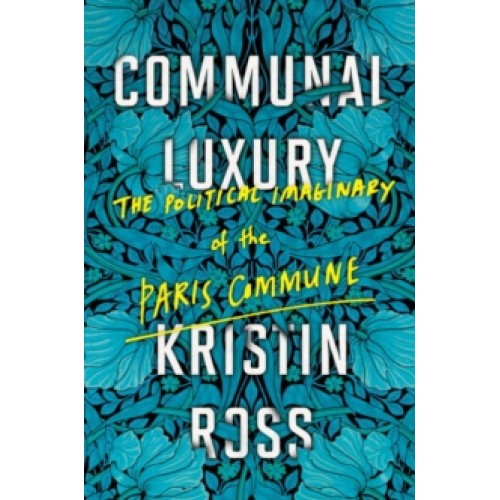 Kristin Ross’s new work on the thought and culture of the Communard uprising of 1871 resonates with the motivations and actions of contemporary protest, which has found its most powerful expression in the reclamation of public space. Today’s concerns-internationalism, education, the future of labor, the status of art, and ecological theory and practice-frame and inform her carefully researched restaging of the words and actions of individual Communards. This original analysis of an event and its centrifugal effects brings to life the workers in Paris who became revolutionaries, the significance they attributed to their struggle, and the elaboration and continuation of their thought in the encounters that transpired between the insurrection’s survivors and supporters like Marx, Kropotkin, and William Morris.

The Paris Commune was a laboratory of political invention, important simply and above all for, as Marx reminds us, its own ‘working existence.’ Communal Luxury allows readers to revisit the intricate workings of an extraordinary experiment.